← back to
Kill Rock Stars
Get fresh music recommendations delivered to your inbox every Friday.

Her Majesty the Decemberists 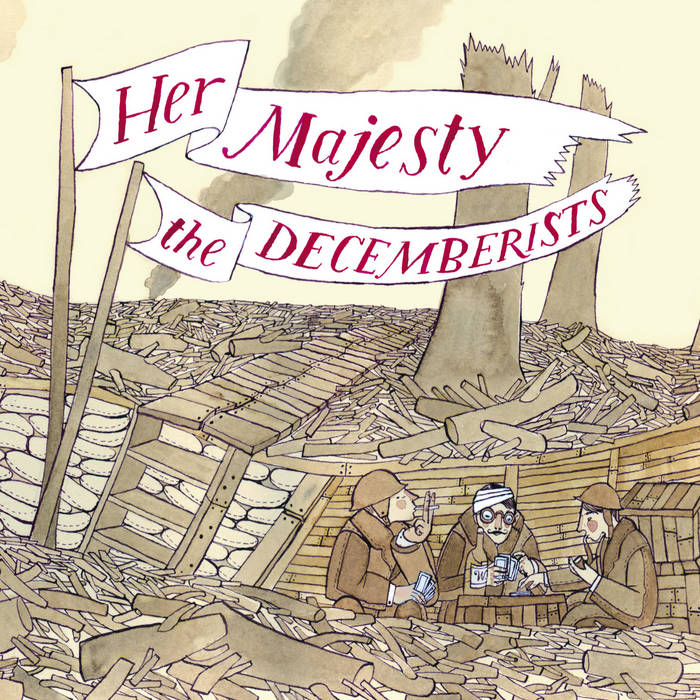 narvikwinter So topples this monolithic skiff—so we clutch to these few remaining planks... Alight, aglow, a wrinkle in the water... Favorite track: Red Right Ankle.

ph03n1xru1s cause they the best.

For all intents and purposes, "Her Majesty. . ." could best be described as the charming older brother to the band's previous outing. And, while being recognizably related to its sibling predecessor, it is an altogether different beast. Present and accounted for are the Victorian literary tropes, the rakish mariners, and the Dickensian downtrodden that slouched their way across the laser imprinted surface of "Castaways and Cutouts"; in "Her Majesty the Decemberists," a new cast of characters is introduced as well, giving further depth to the richly bizarre song-craft of the band's bespectacled leading player, Colin Meloy: an aristocratic Jewess, slumming it blindfolded among the exotic avenues of a Chinese bazaar, the coifed and coked-up bon vivants of greater Los Angeles, the writer Myla Goldberg, and a pair of affectionate soldiers, celebrating their camaraderie among the mortar blasts and trench mud of World War I Belgium. Musically, the band travels over new territory as well, mining deeper into their Beatle-pop influences to create a record that is as lush as it is intricate.

Bandcamp Daily  your guide to the world of Bandcamp

Damu The Fudgemunk shares his recent collab with Def Pressé, plus jams from Common and more